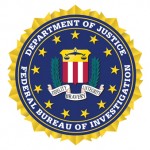 Dean Gregory Chandler, 50, Fallbrook, California, and Michael Eccles, 35, Vista, California, were sentenced to 12 and 5 years in prison, respectively, for their roles in defrauding more than 3,000 homeowners across the nation through a sham law firm in Oceanside, California.

According to evidence presented at trial, Chandler created 1st American Law Center in 2009 in partnership with convicted drug trafficker Gary Bobel (who has been separately convicted and sentenced for his role in the scheme). Chandler arranged to have Bobel oversee the call center and its teams of telemarketers, who pitched loan modification services on behalf of the law center.

Those telemarketers, including Eccles, promised potential clients that a panel of attorneys would pre-screen applicants’ financial information to ensure that only the most qualified applicants would be approved as clients of the law firm; that a team of attorneys would negotiate with clients’ mortgage lenders; that those attorneys would draft all documents to be submitted to the mortgage lenders; that the “attorney retainer fee,” which averaged $3,495, would be preserved in an attorney-client trust account until the client was satisfied; and that clients were protected by a money-back guarantee.

As presented at trial, Eccles was promoted to manager of the call center in December 2009, and he took advantage of the new position to script additional lies for the telemarketers to use with clients, including that the law firm had been in business since 1992; that they had been successfully modifying loans for over 20 years; that they had helped over a hundred thousand homeowners; and that it took attorneys on average 200 hours to complete a successful loan modification – all to suggest that the clients could take hope and comfort in the expertise and established success of the “law firm” they had hired. The telemarketers even persuaded homeowners to pay the company’s fees instead of using their limited funds to stay current on their mortgage payments.

Witness testimony and documentary evidence at trial proved that Chandler had almost no role in the loan modification process, and that nearly all of the statements made by telemarketers to the clients were lies. Chandler, the attorney, did not pre-screen all of the applications or negotiate with lenders. Rather than successfully modifying 98% of their client’s mortgages, as they claimed, the firm failed to modify three out of every four loans. Instead of keeping clients’ payments in an attorney trust account, they were funneled into various other accounts to pay co-schemers, sales commissions, and company expenses. Instead of having funds available to deliver on its money-back guarantee, the firm failed to provide refunds to untold numbers of clients who requested them.

For his part, Chandler served as the face of the law firm, and the firm’s commercial, website, and brochure featured Chandler’s name, image, and state bar license number. Chandler reviewed telemarketer call scripts submitted to him for approval, and also listened in real time and on recordings to telemarketer calls to clients.

According to evidence at trial, however, Chandler’s chief role was to mislead regulatory and enforcement agencies that threatened the law firm’s profitable operations. In that capacity, in October 2009 Chandler lied under oath in a sworn declaration to an Assistant Attorney General at the California Department of Justice. Multiple witnesses testified that the statements in Chandler’s declaration were false. And when the constant customer complaints threatened the company’s bottom line, Chandler also lied repeatedly to the Better Business Bureau in efforts to try to inflate the law center’s sagging ratings.

For his role in the scheme, Chandler earned over $275,000 in about a 14-month period. In July 2010, after the Federal Bureau of Investigation and Internal Revenue Service executed a search warrant at his law firm, Chandler also drained one of the firm’s bank accounts of $16,500 and used it for his own benefit, instead of to pay employees or refund victims. This transaction was the basis of the money laundering charge.

United States Attorney Laura E. Duffy commented, “The real tragedy of this case is that the defendants chose to profit from the suffering of others. In difficult economic times, they exploited a particularly vulnerable segment of our population—homeowners who were desperately trying to make ends meet and stay in their homes.”

“Mr. Chandler and Mr. Eccles misused and abused their positions of trust to prey upon those who were financially vulnerable and desperate to save their homes,” said FBI Special Agent in Charge Eric S. Birnbaum. “The sentences imposed today reaffirm our commitment to hold accountable the guilty who profit by taking advantage of vulnerable people.”

“The defendants used a slew of lies to sell their loan modification services and obtain money from distressed homeowners throughout the United States,” said IRS Criminal Investigation’s Special Agent in Charge Erick Martinez. “Loan modification scams thrived for a time, but that time is gone, and as the sentences imposed today show, it’s time for those responsible to face judgment.”