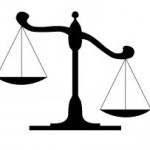 Agustin Simon, 53, Patterson, California, was sentenced by U.S. District Judge Lawrence J. O’Neill to 15 months in prison for conspiring to commit bank fraud. Simon was convicted of submitting fraudulent short-sale applications, which caused financial institutions to approve the charge-off of funds for the short-sale of his home.

Simon also was ordered to pay restitution to financial institutions in the amount of $421,372 and to forfeit to the United States all rights, title and interest he had in a Patterson, California, home that was the subject of his fraud scheme.

In these applications, Simon did not disclose that he provided the buyer with the full purchase price of the home ($355,000).  Simon also made false statements to the lenders regarding his hidden agreement with the buyer that Simon would regain ownership of his home following the short-sale, and also misrepresented his ownership of other real estate and assets.

Simon’s real estate agent, Minerva Sanchez, 48, Freemont, California, was charged in a separate indictment for her role in the scheme.  On February 17, 2015, Sanchez was sentenced by Senior U.S. District Judge Anthony W. Ishii to 21 months in prison.

This case was the product of an investigation by the Federal Housing Finance Agency-Office of Inspector General and the Internal Revenue Service-Criminal Investigation.  Assistant United States Attorney Christopher Baker prosecuted the case.

“Agustin Simon and his real estate agent, Minerva Sanchez, acted together to willfully exploit and abuse the short sale process, which was designed to assist legitimately distressed homeowners,” said Leslie DeMarco, Special Agent in Charge, Federal Housing Finance Agency Office of Inspector General.  “Such selfish acts of fraud will not go undetected or unpunished. Our office, along with our law enforcement partners, is committed to protecting taxpayers, and thus the integrity of the short sale process, and ensuring that real estate professionals maintain the highest ethical standards.”