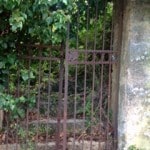 According to his guilty plea, in the summer of 2008, Kwegan learned that Mr. K.D. was trying to sell a row house he owned in Baltimore City, Maryland on Washington Boulevard.  Mr. K.D. had purchased the property 10 years earlier for $11,500.  Kwegan told Mr. K.D. that he could sell it for $75,000.  Mr. K.D. was dubious, but agreed to sell it for that price.

Rather than trying to sell the property at the actual market price, Kwegan requested assistance from accountant Cecil Sylvester Chester, 69, Mitchellville, Maryland, and real estate agent/consultant Michael Gerard Camphor, 60, Baltimore, Maryland, who were already operating a mortgage fraud scheme.  Kwegan arranged to use the personal identifiers of an individual recruited by Chester – Ms. D.B. – to buy the property as a straw purchaser.

Ms. D.B., who lived in Queens, New York, was inexperienced with residential real estate transactions and with the Baltimore real estate market. To encourage Ms. D.B. to buy the property, Chester promised her that she would need to put up little if any money to cover the down payment and closing costs on this property. Ms. D.B. lacked the necessary assets to pay for the down payments and closing costs on the property out of her own resources, or the income to keep up the mortgage payments on the house after the transaction closed, as Kwegan and Chester knew.

Kwegan and Chester set the price not at $75,000, but at $250,000.  Chester provided a mortgage loan broker located in Towson with a false loan application and fraudulent supporting documents which inaccurately represented that Ms. D.B. worked for a fictitious company that Chester had created, and which falsely inflated her annual income. Chester also falsely represented that Ms. D.B. lived in Baltimore City, and the amount of assets she had in a bank account.

Based upon these false representations, a bank wired $242,500 to finance the purchase of the property, at the settlement on September 30, 2008.  As the purchaser, Ms. D.B. was required to provide $9,391.53 to cover the down payment and her share of the closing costs.  Because she lacked the necessary funds, Kwegan used his own funds to obtain a cashier’s check for that amount, which was tendered to the settlement company on her behalf.

No payments were made on the mortgage.  The property went into foreclosure and remains unsold at this time, resulting in a loss of between $150,000 and $235,000.

Kwegan faces a maximum sentence of 30 years in prison and a $250,000 fine for conspiring to commit wire and mail fraud, and for wire fraud.  U.S. District Judge James K. Bredar has scheduled sentencing for November 4, 2016 at 10:00 a.m.