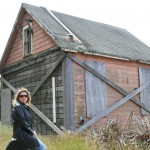 Joseph Brogan, St. Louis, Missouri, was sentenced to 14 months in prison and ordered to pay more than $350,000 in restitution after pleading guilty to multiple fraud charges related to a scheme involving applications for home loans.

According to court documents, Brogan was employed as a loan officer for USA Mortgage, Inc. where he handled both conventional mortgages and FHA loans.  Michael Wallis owned and operated a company known as Missouri Builders and Home Remodeling (Missouri Builders), which performed interior construction and remodeling work on houses.

Brogan, Wallis and others conspired to obtain loan funds by making false and fraudulent representations on home loan documents, including misrepresenting the source of down payments and misrepresenting remodeling expenses on HUD-1 forms and related loan documents.  Brogan admitted that on at least one occasion he provided $8,000 in funds toward a down payment, while knowing the loan forms and supporting documents falsely represented that the funds came from the nominal purchaser or a relative of the nominal purchaser.  Wallis’ company, Missouri Builders, received disbursements of loan funds based on the false HUD-1 forms and based on false invoices for remodeling expenses.  Wallis then paid Brogan from the illegally obtained loan funds.  Over the course of the conspiracy, Brogan received approximately $94,948 in payments from Wallis.