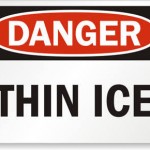 Damone Tyson, 49, Cleveland, Ohio, was indicted on bank fraud charges related to the fraudulent purchase of a Richfield, Ohio, home for nearly $1.2 million.

The defendant was indicted on one count of conspiracy to commit bank fraud and one count of bank fraud. His actions resulted in a $631,854 loss to IndyMac Bank, according to the indictment.

Tyson served as president an agent for a consulting company known as Athletes & Entertainers, Inc. in Cleveland. The company represented that it provided financial, personal and business advice to professional athletes and entertainers, according to the indictment.

In 2007, Tyson directed a straw buyer to purchase the residential property at 3400 East Galloway Drive, Richfield. The straw buyer paid $1,189,000 for the home, which Tyson used as his primary residence. The straw buyer was able to arrange financing through only after making several false statements on loan applications about her income, savings, job title and other topics. These false statements were made at Tyson’s direction, according to the indictment.

The loans, obtained by the straw buyer at Tyson’s direction, eventually went into foreclosure, causing the loss to IndyMac Bank, according to the indictment.

Assistant United States Attorneys Mark Bennett and Derek Kleinmann are prosecuting the case following an investigation by the Federal Bureau of Investigation.